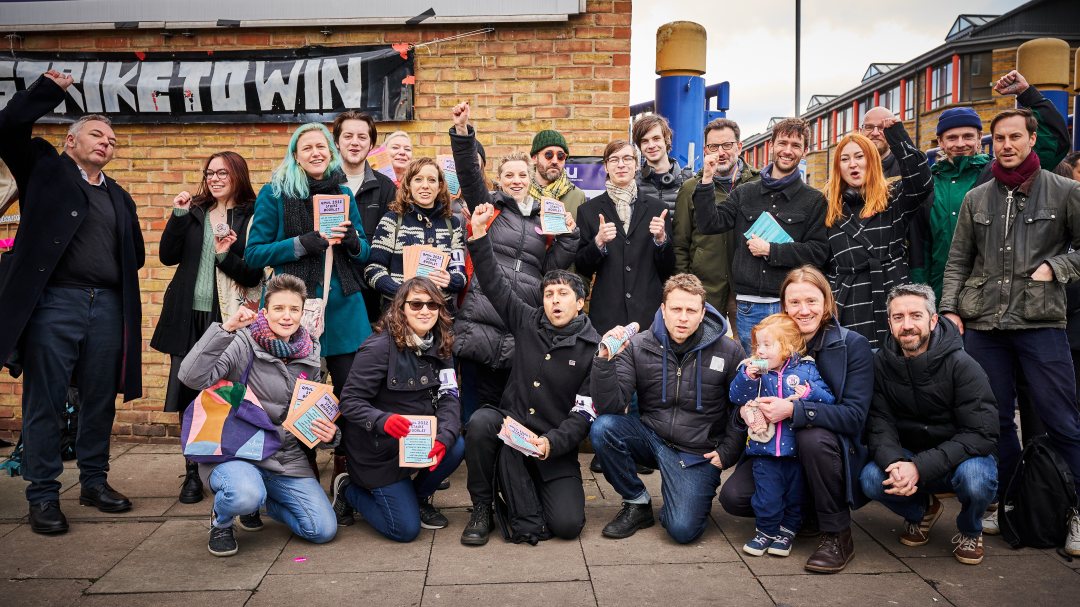 At yesterday’s branch meeting, members voted overwhelmingly to initiate a new ballot at Queen Mary if the 100% deductions for ASOS are not withdrawn. With 99 in favour, 2 abstentions, and 3 against, the motion also called for members to resist management’s bullying approach and continue with all forms of ASOS in the current dispute. The motion also instructed the branch to continue lobbying the National UCU for central action, including seeking an urgent injunction and an escalation of the current dispute. You can read the full motion below.

More members are participating in QMUCU events, including branch meetings and pickets, than ever before. By coming together and working collectively we can and will defeat the threats to our legal right to strike. The picket lines this week have been well attended and full of energy. Yesterday we were visited by Apsana Begum, the MP for Poplar and Limehouse as well as several community groups. The MP has also written to the management of QMUL, asking them to drop punitive deductions and negotiate with QMUCU to resolve this dispute.

Read the full motion passed at the 17 February branch meeting below.