QMUCU Statement on the Occupation of the Octagon 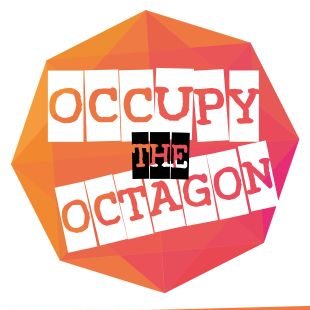 Queen Mary UCU sends its solidarity and support to students exercising their right to peaceful protest by occupying the Octagon in the Queens Building. These students have occupied this space in protest against cuts to student bursaries and staff pensions. The student body has shown incredible support and solidarity to striking UCU members in the past three weeks, as attested by student participation on picket lines, the 2500+ petition signatures gathered in the first week of strikes, and the motion passed by QMSU. As a branch, we have voted to support students in their campaign to reverse cuts to student bursaries, which will damage the prospects of some of our most disadvantaged students. As staff, we recognise the vital role that bursaries play in supporting the diverse, vibrant and academically successful student community at QMUL. We view the struggles against cuts to both pensions and bursaries as linked to a wider trend towards the marketisation of the sector and we recognise a shared interest between staff and students in resisting this.

In response to her recent communication to all staff, the committee has written to the Vice Principal for Teaching, Learning and Student Experience on this matter demanding clarifications and the reversal of bursary cuts. This letter is attached. Furthermore, we call on QMUL management to respect the right to peaceful protest on campus by allowing free access to the Octagon during the occupation. In the interests of the wellbeing of the occupying students, we call for the regular supply of electricity and heating to the building to be maintained, and for unhindered access to food, water, and bathroom facilities to be granted. Finally, we urge the university management in the strongest possible terms to refrain from any use of security personnel to harass the occupying students and to refrain from involving the police in this matter.
Please follow the occupation and tweet messages of solidarity to @qmoccupy #occupytheoctagon.

UPDATE 2: Bethany Pickering, the QMSU officer who has led the bursaries campaign and is involved in the occupation, has written her own response to Professor Lingwood’s message to staff.

I write to you on behalf of the QM UCU branch committee.

We note your communication to all staff on Monday 12th March in response to widespread concern at cuts to student bursaries. As you will be aware, a QMUCU branch meeting passed a unanimous motion in support of the student campaign to reverse these cuts. We have also issued a statement of support and solidarity with the students who are currently occupying the Octagon.

We have grave concerns about the impact that the cuts to student bursaries will have. While we recognise and welcome the increased support available to students with the lowest shared parental incomes, we note with concern the proposed cut to bursaries for students with shared parental incomes of above £15,000 pa. We believe that this cut cannot but have a deleterious effect on the attainment, engagement, and wellbeing of these students. This decision is all the more troubling against the backdrop of central government cuts to maintenance grants.

We know from firsthand experience as educational professionals that students with lower family incomes are often less engaged and less able to concentrate on their studies because they are required to work part-time, to live away from Central London, and/or to care for family members. We are concerned that these cuts will exacerbate these issues. We are also concerned about the wider equality and diversity implications of this decision, especially on the diversity of the student body and the existing attainment gaps.

We are therefore writing to call on you to urgently review and reverse this decision. In order to promote transparency and open debate on this matter, we also request answers to the following questions:

Given the widespread interest in this matter, we are also sharing this letter with our members.